Hello hello! I can’t believe we’re back for another update after only three weeks… and we have pictures! As expected, Willa was heavily featured in the 3rd episode of the 8th (and last) season of Arrow. There were many scenes of Thea with Oliver, and the screencaptures of the episode have been added to our photo gallery. 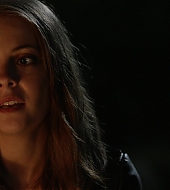 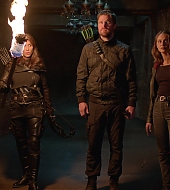 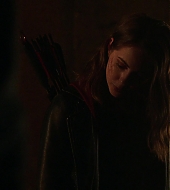 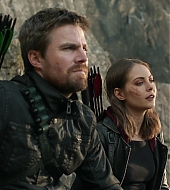 Willa fans, hello! With the news of Willa’s return to Arrow we all expected her to show up in the first episode of the season, titled Starling City. Unfortunately to us all, it appears Thea didn’t had quite the happy ending on Earth 2 (even if to me, she is pretty much alive and part of Laurel’s team). However, we have uploaded to our gallery screen captures from the episode that featured a photo of Thea thanks to our friend Ashley from colin-donnell.com! You will also find episodic stills from Willa’s first official appearance on the show “8.03 – Leap of Faith” in our gallery! 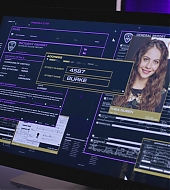 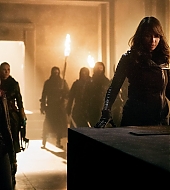 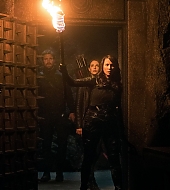 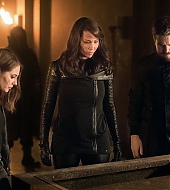 Fantastic news arrived just a couple of days ago – Willa Holland is coming back to our screens!! It was announced through TV Line that she is set to recur on Arrow‘s upcoming and last season. Truthfully it’s not that much of a surprise considering most of the initial cast is returning, but it is still good news to hear Willa will be back on the show as Thea Queen. Here’s to hoping she gets an exciting storyline! You can read all about it below.

The character that Arrow fans most hoped would put in an appearance during the final season — Oliver’s sister, played by former series regular Willa Holland — will indeed be seen again, TVLine has learned. But wait, there’s more: Holland is confirmed to not just guest-star but recur during the CW series’ 10-episode farewell run.

“We are thrilled to have Willa back in our final season,” says showrunner Beth Schwartz.

An original cast member, Holland began dialing back her Arrow appearance in Season 5 (to 14 of 23 episodes), before parting ways with the series in the 16th episode of Season 6. As that exit storyline went, Thea, with longtime love Roy Harper in tow, left Star City to trot the globe and shut down some recently unearthed Lazarus Pits.

Midway through Season 7, Roy (played by Colton Haynes) returned to present-day Star City sans Thea, due to a falling out they had had stemming from her decision to bring him back from the dead (and thus leave him with that pesky bloodlust) by utilizing a Lazarus Pit. In flash forwards to 2040, meanwhile, Roy is still alone, and bitter, without his love.

Holland last appeared on Arrow in the 12th episode of Season 7, as a talking head within a documentary that was being filmed about Oliver Queen’s rise from wealthy playboy to city-saving vigilante.

Whoa, time flies fast doesn’t it? It’s June 18th and that means it’s Willa’s birthday! This talented and hilarious woman (i will never forget the interview where she mentions bacon being her kryptonite and wanting to be Batman for the gadgets and Alfred) turns 28 today and we wish her the best day ever, surrounded by the ones she loves the most. May all her wishes come true, happy birthday Willa!

Today is a very special day – It’s Willa’s birthday! This talented woman turns 27 years old today and we wish her an amazing day, full of love and surrounded by her loved ones. It has been so long since we first saw Willa as Kaitlin Cooper in The OC, becoming instant fans of her. It has been quite a wild ride to follow her career over the years, and we cannot wait to see what else the future brings to this woman and what role she will take on next.

Thank you for being yourself, Willa. Happy birthday!

Hello Willa fans, we bring you news regarding a brand new project of Willa’s! Not quite new, per say, but yes at the same time. As you know Willa has been voicing Aqua in Kingdom Hearts since 2010, the first game featuring Aqua being Kingdom Hearts Birth by Sleep. During Microsoft’s E3 2018 Press Conference yesterday, it was announced that Kingdom Hearts III would be coming to PS4 and Xbox One and to release on January 29, 2019. Along with the release date, the official trailer has also been released and it was a huge surprise for all of us when we saw Aqua at the very end of the trailer! This will be Willa’s fifth time voicing Aqua, who seems to have turned to the dark side? You can watch the trailer bellow!

Hello Willa fans! Today we bring you some old/new photos of Willa and the Arrow cast posing for TV Guide during Comic Con International last year! Willa looks absolutely adorable in all these photos and we hope more will be released soon (because we’d love more solo photos for sure)! 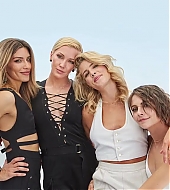 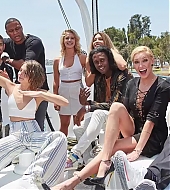 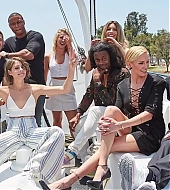 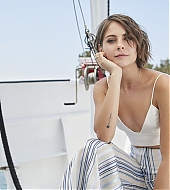 The past Friday (April 6) Willa was photographed out in Los Angeles with her adorable dog, Billie. Photos have been added to the gallery! 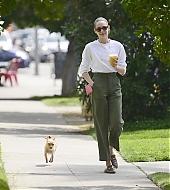 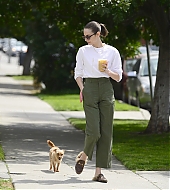 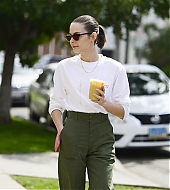 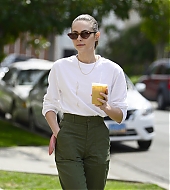 Our gallery has (finally!) been updated with episode stills and screen captures from episode “6.16 – The Thanatos Guild” which marks Willa’s final episode on Arrow. When asked if she would return at some point, executive producer Marc Guggenheim mention that such decision would be up for Willa herself, but doors would always be open to her. While we will deeply miss Thea on Arrow, we absolutely cannot wait to see what Willa gets up to next. 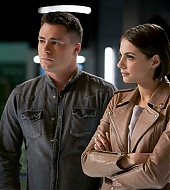 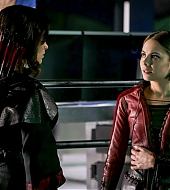 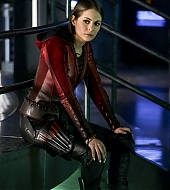 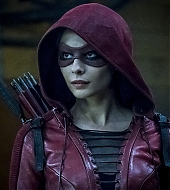 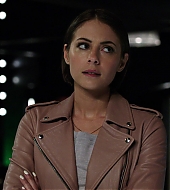 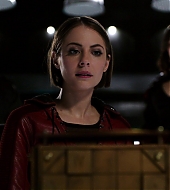 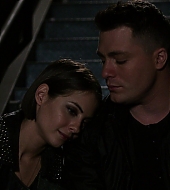 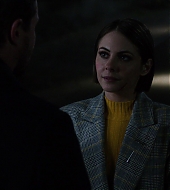 Willa was photographed this past Wednesday picking up food at Joan’s on Third in Studio City, and images have been added to our gallery! 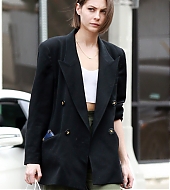 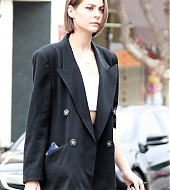 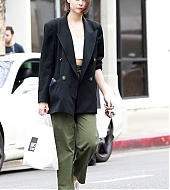 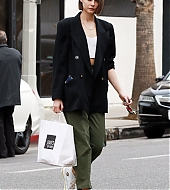 Spoiled billionaire playboy Oliver Queen is missing and presumed dead when his yacht is lost at sea. He returns five years later a changed man, determined to clean up the city as a hooded vigilante armed with a bow.

20-somethings try to live above their means and get involved in a love triangle that goes terribly wrong.

A high-definition remake of Kingdom Hearts: Dream Drop Distance that comes with all new content in Unreal Engine 4: Kingdom Hearts X (chi) Back Cover, a cinematic about the Foretellers, and Kingdom Hearts 0.2 Birth by Sleep- A Fragmentary Passage, a game that takes place after the events of the original BbS from Aqua’s perspective.

Willa Holland Online is a fansite made by a fan for fans of Willa Holland. I am in no way in contact with Willa or her family and friends. All other content and graphics are copyright to w-holland.org unless otherwise stated. No copyright infringement intended.